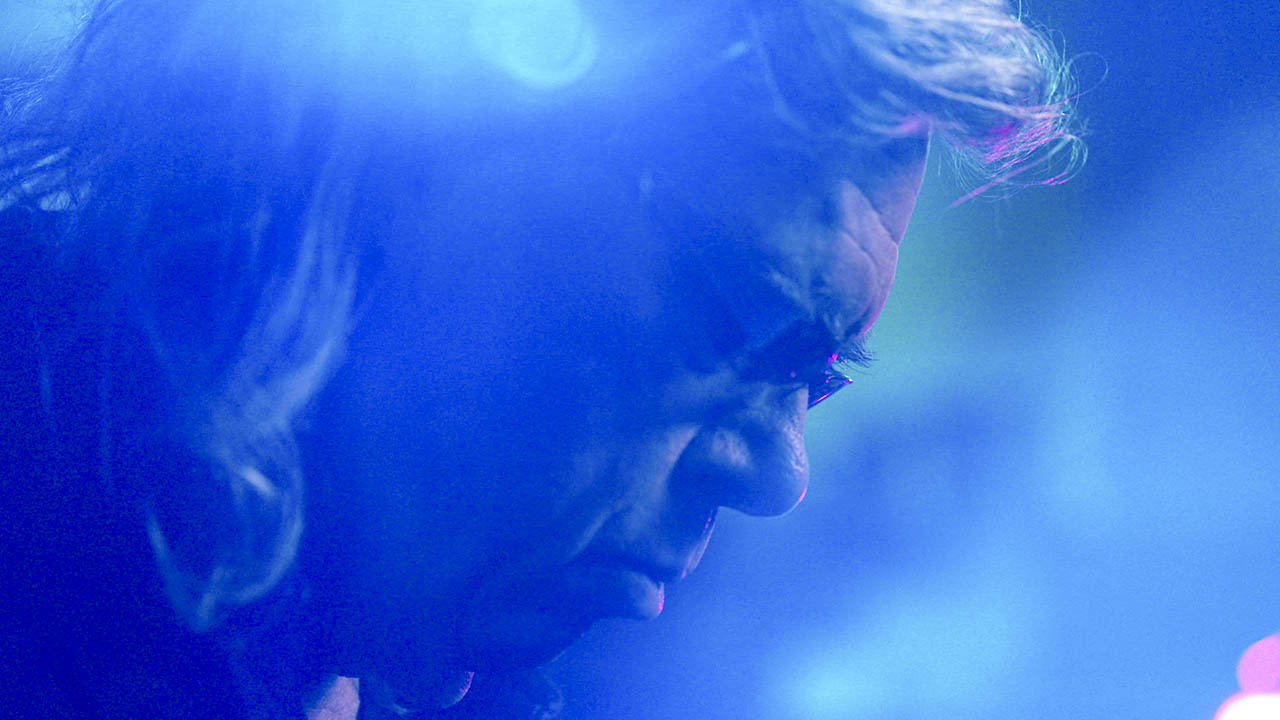 A Visit with Steve Roach

Ambient music pioneer Steve Roach dropped by Nelda Studios recently. The twice-Grammy nominated composer and musician sat down with us to talk about his artistic process and inspirations. Drawing from the expanse of his surroundings in Arizona, Roach says he essentially uses his senses as a tuning instrument. Riffing off experiences in nature, he mixes a palette of electronic and organic sounds to compose music that he hopes will take you on a peaceful journey toward deeper self-awareness and higher perception. With well over a hundred album releases, there’s a fantastic range of soundscapes to experience.

Roach started creating his music during the late 70’s golden age of analog synthesizers, a time when digital was still very new. While Roach’s approach has evolved over the decades, his albums still honor that hands-on tradition using modular and stand-alone synthesizers as well as acoustic instruments. Although his music has always been popular in the synth music sphere, he was catapulted into a brighter spotlight with his two back-to-back Grammy nominations for Best New Age Album with Spiral Revelation in 2017, followed by Molecules of Motion in 2018. The props are well-deserved. When listening to Steve’s music, you can feel the richness and depth of decades devoted to creating sound currents and sound worlds that are truly transcendent. We explore all of them in our upcoming short film on the life’s work of Steve Roach.

We can't wait for superstar Jaco Booyens' new course either! Simply give us your email and we'll let you know as soon as Reaching the Top is released.

You'll be the first to know when Reaching the Top is released!

We can't wait either! Simply give us your email and we'll let you know as soon as Linda's course is released.

You'll be the first to know when Connections, Life Wisdom from the Herd is released!

We've got a month of celebration planned!  We'll start by taking a ride with a mystery YouTube star as he tours haunted houses around the country. Then we'll check in with master storyteller Cory Doctorow on Disney's haunted mansion. RSVP Now!

Thanks, we'll notify you as episodes and interviews are dropped!

We can't wait for superstar London Kaye's new course either! Simply give us your email and we'll let you know as soon as Artrepreneurship is released.

You'll be the first to know when London's course is released!

Subscribe now and never miss a new idea, a clever tool, or an amazing person who can brighten your day, accelerate your career or change your life.

Subscribe so you’ll automatically receive each new episode. So don’t miss that one spark that may make all the difference.

We can't wait for superstar Kayla Dornfeld new course either! Simply give us your email and we'll let you know as soon as Digital Citizenship is released.

You'll be the first to know when Reaching the Top is released!